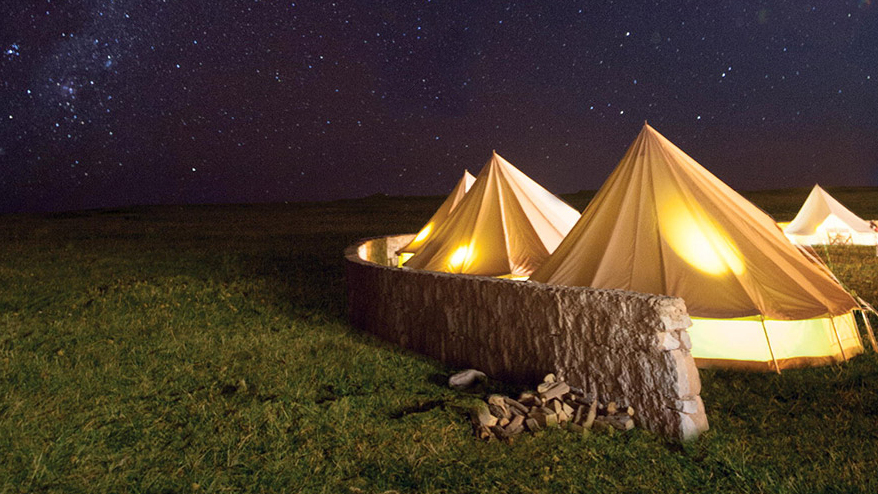 Note: since drafting this I’ve come across an interview with Emily St. Mandel in which she calls the line that gives me my title “almost the thesis statement of the entire novel.” Her interview resonates in many lovely ways with what I write below; if I revise this I’ll weave some of her comments into my ruminations. I would also link to a newer blog post, “Humorless Man Yells at English Major Jokes,” which I would consider a companion piece to this one.

Rereading Emily St. John Mandel’s novel, Station Eleven, for a class this semester, I am struck by the motto of the novel’s Traveling Symphony: “Because survival is insufficient.” This motto—and the symphony itself—are reasons I believe this book’s post-apocalypse more than most—and I have read, watched, and played many post-apocalyptic narratives (I wrote my dissertation on nineteenth-century American apocalyptic thinking, and the larger genre remains one I cannot resist). After the end, art would survive. Some decency would survive. I don’t think that’s naive. Human history has been often brutal and yet, in every era: some art, some decency.

More immediately, however, the ringing truth of this motto speaks to why I’m continually horrified by calls to shut down arts and humanities departments, cut music and arts programs in primary education, or defund institutions like the NEA or the NEH. These moves are often masked under calls for “fiscal responsibility,” though the budgets for such programs pale by comparison to just about anything else: fractions of fragments, that in cutting one barely moves the needle. When politicians argue for such cuts, they usually aren’t, actually, doing so for fiscal reasons. I don’t distrust the motives of local school boards in the same way, but when arts and humanities are first to be cut it does say a great deal about our collective psyche, about how we weigh mere survival against thriving.

What I see in such calls are impoverished notions of human lives and human flourishing. I see claims that survival alone is sufficient. That education can only be vocational training. That the highest good is keeping the current economy tick, tick, ticking away. That we cannot bring ourselves to imagine better, or fairer, or more beautiful.

As both a professor and a parent, I’m keenly aware of a paradox in the way parents think about these things. When our children are children, we push them towards the arts—music lessons, drama camp, creative writing classes—and revel in their burgeoning creativity, beaming through cacophonous recitals and school plays, lavishing praise on varicolored paintings and lopsided sculptures. We brag about how much they read, and how young they started. We’re all a little jealous of that parent whose kid is more excited by Perseus than by Pokémon. When our children are children we grasp, almost intuitively, that imaginative and intellectual engagements are not simply nice embellishments, but central to them becoming fully alive in the world. We know that the screech of their violin signals new-firing synapses, that it will pay dividends we may not be able to fully account.

But if a kid is still excited about Perseus in college, then we start to get nervous: shouldn’t she be putting away childish things? If he still spends all day reading, we begin to suggest that maybe some coding would balance things out. We push them to track, to professionalize, to be practical. At this point, defenders of the arts and humanities might feel inclined to mention someone like Mark Cuban claiming liberal arts graduates are the future, to make an argument that broad education is actually the best training for an uncertain but changing marketplace. I think Cuban is right in this instance, and he echoes a long chain of business and technology leaders making similar claims.

Maybe such arguments convince a few nervous students or parents. I suspect they don’t convince many parents, though, who will remain firmly convinced—contrary to much evidence—that computer science or business are sure tickets to economic security. And there’s nothing wrong with, say, coding. I do a lot of it myself, and even teach it to English students. But the reason I teach coding isn’t to help students secure tech jobs. I do it to introduce new ways of thinking about problems, and ultimately to give them new avenues for creativity. The fact is that there is no sure educational track toward economic security, but more importantly, there is no sure link between economic security and happiness, or fulfillment. I’m not here arguing that students would be happier and more fulfilled as English teachers than as investment bankers, I’m arguing that both English teachers and investment bankers might be happier and more fulfilled in a society suffused by history, literature, music, and art. I’m arguing that the novelties of such a world would spark both innovation and joy, in ways we cannot predict a priori.

There’s a foundational defense of the arts and humanities that we ignore when we concede economics as the only premise to the argument. Discovery is intrinsic to human flourishing. This is to my mind the best reason to defend—and to fund—the arts, the humanities, or, for that matter, space exploration. We are never content with “that’s just how it was,” “that’s just how it is,” or “that’s just how it will be.” We are a curious species. We want to see more, to learn more, to understand more, and—yes—to make use of more. That latter clause signals how this human drive plays out in both good and bad ways, but we cannot ignore it.

In the sciences, “pure research” never guarantees immediate, tangible economic or societal benefits: it is by definition exploratory and incremental. Nevertheless, pure research very often results in the most unexpected and transformative discoveries, those that a more presentist, pragmatic approach never would have considered. To construct a scientific research paradigm around only those studies that seem immediately, economically useful would be to commit ourselves to living only in our present. Settling on a science without risk, we would forfeit our future. When a politician derides supposedly abstruse or useless scientific studies to justify budget cuts, we should not hear an indictment of the scientists they denigrate. Instead, we should hear that politician delineating the narrow boundaries of his imagination.

The final passage of Station Eleven makes the link between the species of imagination clear. One character, Clark, has taken up the role of curator of “the Museum of Civilization,” and attempts to convey the history of a civilization lost to children who never knew it. The novel ends with Clark’s ruminations:

He has no expectation of seeing an airplane rise again in his lifetime, but is it possible that somewhere there are ships setting out? If there are again towns with streetlights, if there are symphonies and newspapers, then what else might this awakening world contain? Perhaps vessels are setting out even now, traveling toward or away from him, steered by sailors armed with maps and knowledge of the stars, driven by need or perhaps simply curiosity: whatever became of the countries on the other side? If nothing else, it’s pleasant to consider the possibility. He likes the thought of ships moving over the water, toward another world just out of sight.

Here “symphonies and newspapers” become catalysts for imaging a more humane world of discovery, knowledge, and curiosity. By their mere existence, they allow Clark to think more capaciously than he otherwise could. Re-discovering the past makes possible a different and better future.